On this page, we will be collecting material pertinent to the Soulographie project but not directly related to the production of Yermedea. Nevertheless, in the spirit of the project, we strive to be cognizant to the language of genocide in respect to the vertices of Soulographie.

Already back in April, the Huffington Post featured an article by Jody Christopherson (which had also been featured on New York Theatre Review), situating Soulographie within the theatre world and presenting a video interview with playwright Erik Ehn on the entire project.


Erik Ehn explains his experience working with child soldiers on multiple trips to Rwanda and Uganda in this new interview. 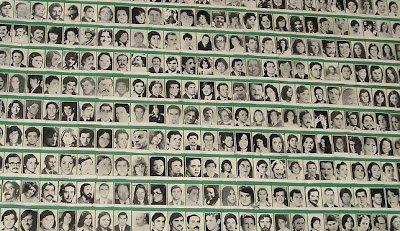 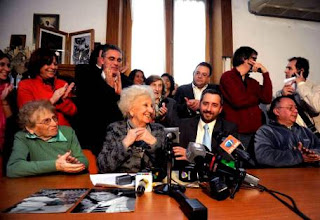 Yesterday, international news reported on Pablo Javier Gaona Miranda (34), who has been returned to his biological family after 34 years. He is one of  los desaparecidos, the disappeared, one of the up to 30,000 people who were "disappeared" during Argentina's Dirty War from 1976 to 1983. It is estimated that about 500 of these victims were still babies, who were stolen from their detained mothers right after birth. Miranda is only the 106th baby who was recovered as part of the initiative led by the Grandmothers of the Plaza de Mayo to locate children kidnapped during the repression.  Just last month, two former military leaders of Argentina, Jorge Videla and Reynaldo Bignone, were found guilty of overseeing the systematic theft of babies from political prisoners.You can read and see Miranda's story here. An interview with another "stolen baby", Victoria Montenegro, can be watched here.

Below, watch the moving interview with Marianela Galli, an activist from the human rights organization H.I.J.O.S., an organizations of the children of people who were "disappeared" in Argentina and in Guatemala. On 12 June 1977, Marianela and her family were abducted by the military in Buenos Aires. Marianela was kidnapped along with her father, the marine officer Mario Guillermo Galli, her mother Patricia Teresa Flynn, and her grandmother Felisa Wagner. Marianela was the sole family member to survive the experience.

Interview with Marianela Galli (english Version) from PARKAFILM.CC on Vimeo.

In a report from 2009, CNN introduces the work of the EAAF, the Argentine Forensic Anthropology Team (Equipo Argentino de Antropología Forense), a non-governmental, non-profit, scientific organization that applies forensic sciences - mainly forensic anthropology and archaeology - to the investigation of human rights violations in Argentina and worldwide. It was established in 1984 to investigate the cases of the disappeared people in Argentina and is now operating in Latin America, Africa, Asia, and Europe on five integrated programs.


August 30 is the International Day of the Disappeared.

Yesterday, Ban Ki-moon, the Secretary-General of the United Nations, issued the annual report on children and armed conflict to the Security Council of the UN. This report gives an overview of the situation of girls and boys in conflict and war zones and the measures taken for their protection. It includes a list of parties, the so-called “list of shame”, who recruit and use children, kill and maim, commit sexual violence or, listed for the first time ever, attack schools and hospitals. While parties such as Nepal and Sri Lanka have been de-listed this year, new crises, most recently in Syria, have created incredible suffering for children, who are often used as human shields in these armed conflicts. The report also details the increasing use of children as suicide bombers or "victim" bombers, i.e. the children do not know that they are carrying explosives on their bodies.
The full report can be downloaded as a PDF here. The "list of shame" can be found in three parts here, here, and here.

Women, War & Peace is an extremely powerful five-part special series, produced by THIRTEEN and Fork Films and funded by a multitude of international supporters, which aired on PBS in October and November of 2011. It covers stories of women caught up in war and fighting for peace all over the globe. All five episodes are worth watching (and the official website supplies more great material and follow-ups) but we especially recommend these three episodes:


Watch Pray the Devil Back To Hell on PBS. See more from Women War and Peace.


Watch The War We Are Living on PBS. See more from Women War and Peace. 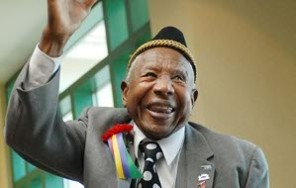 
"For years, few people dared to speak about what happened on the night of May 31, 1921, during one of the most deadly and devastating race riots in the nation’s history. Otis G. Clark, who was 18 at the time, had grown up in Greenwood, a thriving African American section of Tulsa."